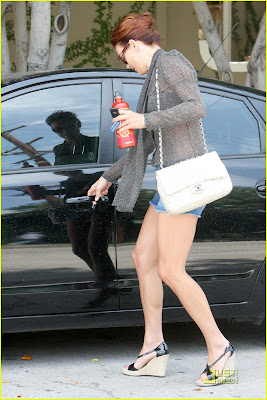 The 41-year-old actress will next star inLegion, out January 22nd. In the movie, God loses faith in humanity and sends his legion of angels to wipe out the human race for the second time. Mankind’s only hope lies in a group of misfits holed up in a diner in the desert who are aided by the archangel Michael (Paul Bettany). Also starring: Dennis Quaid, Tyrese Gibson, and Willa Holland.

She carries a CHANEL classic bag in white.

Posted by Bagopedia Communications at 7:19 AM