Article: On Her Arm, a Symbol of Freedom 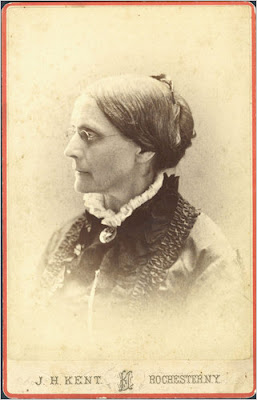 THOUGH she has rarely been described as a style icon, the suffragist Susan B. Anthony was readily identifiable on her travels by her red shawl and alligator handbag. To her, a bag was not a fashion statement but a symbol of independence at a time when women were not allowed to enter into a contract or even open a bank account.

And yet, Anthony is now the namesake of what appears to be an “it” bag.

Since December, the Susan B. Anthony House, a museum that operates in her former residence in Rochester, has been selling a $250 handbag made of fake alligator that was inspired by one of Anthony’s own club bags, similar to a doctor’s bag.

Deborah L. Hughes, the museum’s executive director, said it had sold 526 of the bags, and expected demand to increase in anticipation of Mother’s Day. The actor Alec Baldwin recently bought one at a local charity auction for $5,000. Senator Kay Hagan, Democrat of North Carolina, has also ordered one, according to Ms. Hughes, so you could even say the bag has a celebrity following.

Called Ms. Anthony, the 17-inch-long crescent-shaped bag was designed by Gail Riggs of the Abigail Riggs Collection to benefit the museum. It is inscribed with two of Anthony’s mottos: “Failure is impossible!” and “Every woman needs a purse of her own.”

In hers, Anthony kept copies of her speeches and the transcript of her trial after she was arrested in 1872 for voting in the presidential election. The new version, the museum notes, is large enough to accommodate a mini-laptop. What would Anthony have made of that?

Ms. Hughes said the museum was sensitive to the image it would project by selling the bags, and also the implications of having them made in China, but said she was assured that the standards of labor were high. And she noted that Anthony herself was a brilliant fund-raiser, selling her own portraits to raise money for the cause.

“To the extent we are continuing her work, she would be supportive of this,” Ms. Hughes said, then followed up with a quote from Anthony: “Any advertising is good. Get praise if possible, blame if you have to. But never stop being talked about.” 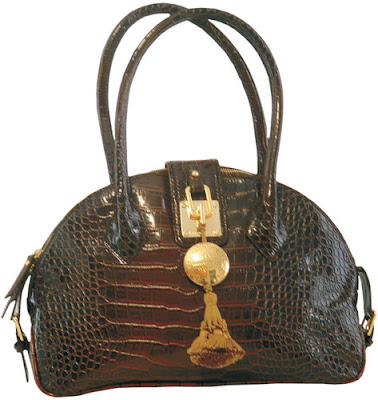 Posted by Bagopedia Communications at 7:00 AM

Email ThisBlogThis!Share to TwitterShare to FacebookShare to Pinterest
Labels: Susan B. Anthony