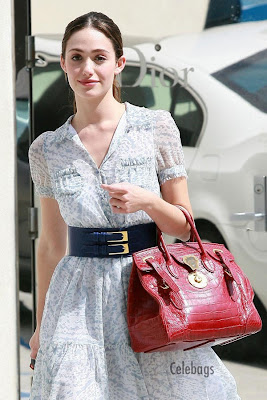 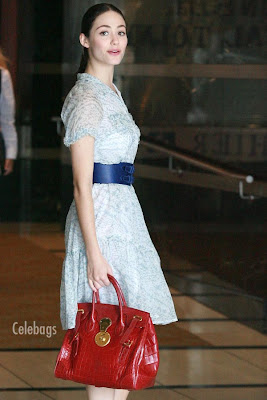 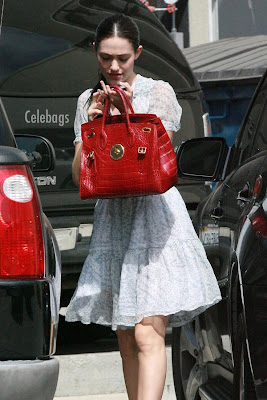 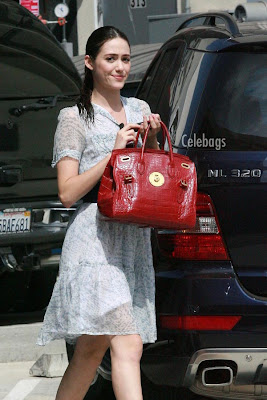 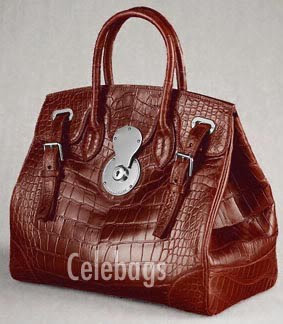 Emmy Rossum is spotted shopping at Dior and Juicy Couture in Beverly Hills on Tuesday (September 29).

The 23-year-old actress’ secret husband Justin Siegel filed for divorce after just a year and a half, citing irreconcilable differences.

Emmy carries a Ralph Lauren "Ricky" bag in crocodile ($16,995.00 ralphlauren.com). I posted an article on September 22 about this bag that Janet Jackson carried. I said I liked this bag very much. I also said the only concern that I had was the bag looked too much like an HERMES Birkin Bag.

When I saw these photos that Emmy carried the bag, I do not feel the same way. I think the bag is as beautiful as I first saw and does not look like a Birkin bag. It just looks like a classic bag for me. What do you think?

Click the link below to see the previous article.

Posted by Bagopedia Communications at 6:12 PM